Click here to have a look at our fantastic online course... 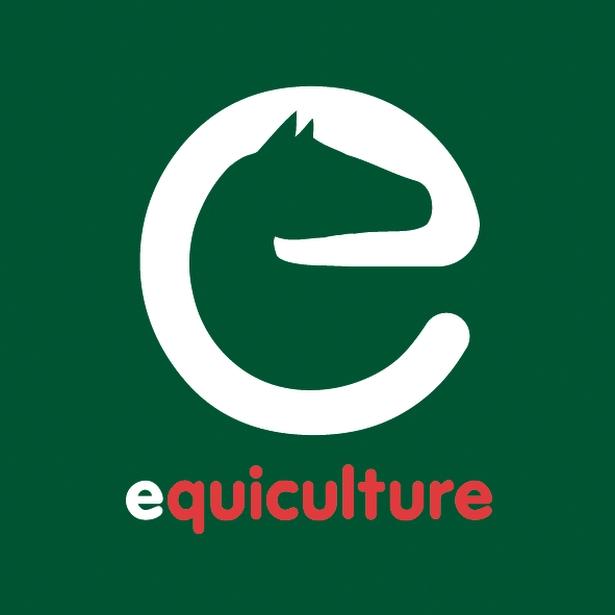 About Us Equiculture Endorsements The Equicentral System The Equiculture Course Responsible Horse Care The Horse Rider's Mechanic Our Shop Our Videos Your Library Our Events Receive a free mini-course... Login

If there is one thing there is plenty of in the horse world it’s advice. And when I announced my intention of converting my medium-sized livery yard to 100% barefoot, people queued up to tell me how stupid I was.

There wouldn’t be any demand, the business would fail, I would only get weirdos who were into crystal ear massage and yoghurt enemas. It wasn’t easy, but the new style barefoot yard did indeed flourish and grow, and the yoghurt brigade, i.e. those who didn’t share my empirical rather than ideological approach, didn’t last long. We started to gain something of a reputation.

But it wasn’t enough, I wanted to push the boundaries harder, I became more and more obsessed with the mental health of horses, while all around were invariably focussed on their bodies.

In the human world we seem to have made the connection between physical and mental health, at least to some degree, but in the equine world there is a gaping, yawning, mile-wide chasm.

Some research and discussion on the internet led me to mull over and explore The Equicentral System in concept. However, it was as I was slogging along to hay out on a wet wintery day, hoping I wouldn’t get stuck in the mud again, that I realised our hardcore surfaced farm trackway that leads from the stable yard to the school to the fields would make a foundation for an Equicentral System with very little effort. I would just have to tidy up, and install water and slow feeders for the hay. It was right in front of me, almost ready to go. These surfaced areas would lead out to the grazing areas and I would have effectively created a ‘Home Range’ for my herd in line with the philosophy of The Equicentral System.

Clients were intrigued but open to the changes, the horses adapted to being one big mixed herd with a home base (loafing area) very quickly and we saw a real shift in horse behaviour. The night time foraging, and daytime loafing and socialising brought a unity and peaceful atmosphere which everyone still remarks upon. 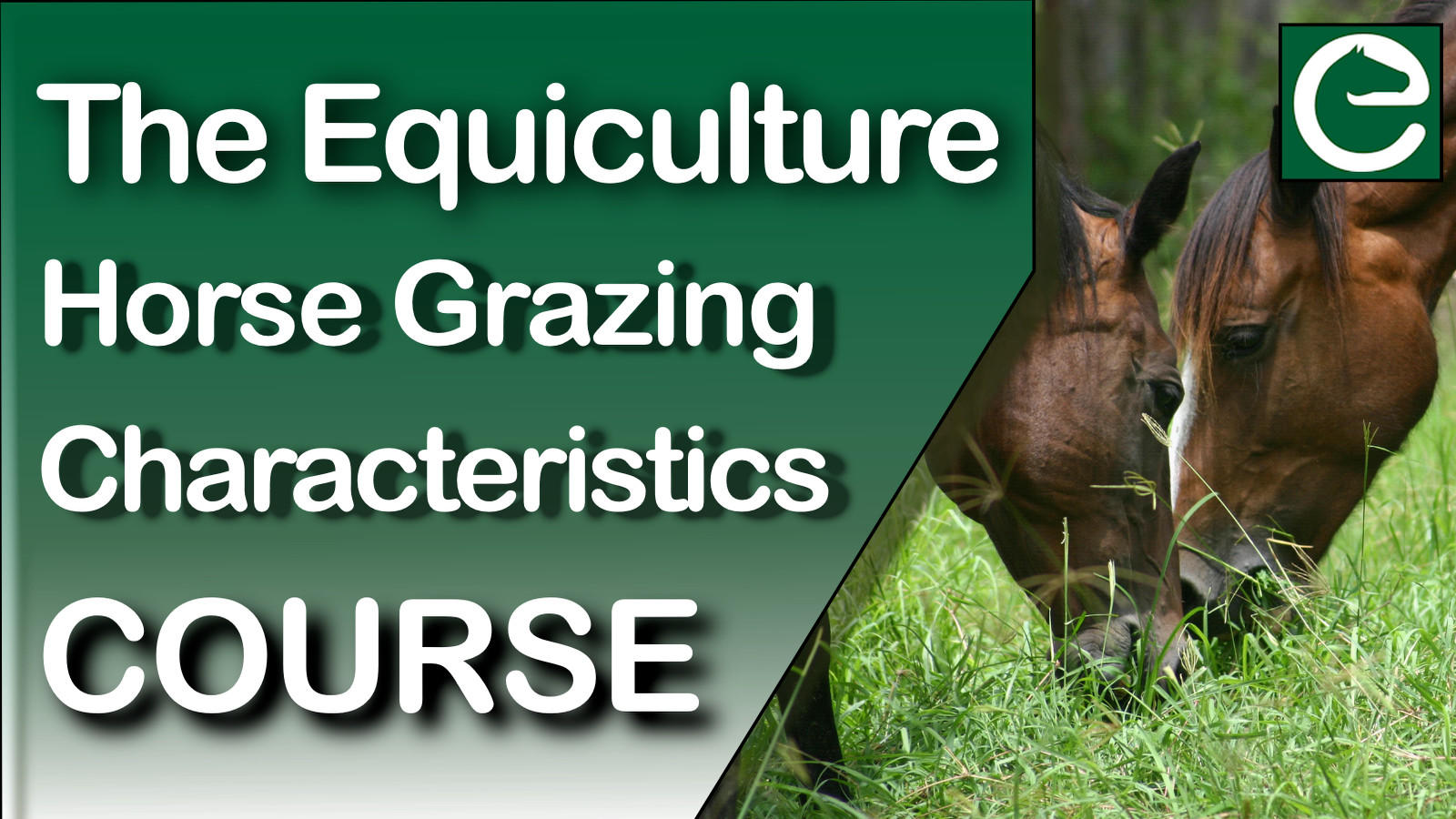 To receive our free mini-course about Horse Grazing Characteristics...

The horses are out day and night together, and even with the comings and goings that are normal on any livery yard, the herd have a stable but complex social life that adapts well to change, protects the vulnerable, and allows the boisterous horses space to play.

The hardcore surfaced areas entice them in for shelter, a companionable share of a hay net, a sleep in the sand school, or a mutual grooming session, it’s shady and cool in the summer and mud-free in the winter. 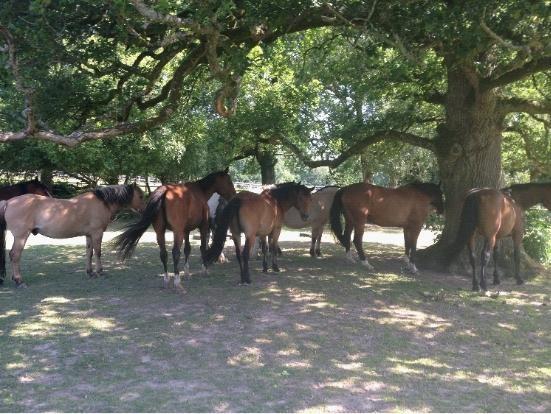 And it serves us well as built-in hoof conditioning, stimulation and wear both for the feet of retired or young unbacked horses and the ridden ones if the winter is unkind for hacking out, or if the owner needs to take a break.

The baseline of fitness is far higher than it was before The Equicentral System was implemented. Clients love the fact that their horses bring themselves in to the surfaced areas during the day, no more trudging across fields, the horses catch themselves.

And I, a small slightly creaky woman in her 50’s, can hay out and clean up, after a herd that normally consists of 11-15 horses, in two hours tops.

We all have more time with our horses. Field maintenance is easier, harrowing in manure and mulching are time and cost-effective ways of getting the best out of our land and have eliminated our need for fertilisers and sprays.

But best of all, we have time and time again turned horses around that were living miserable, isolated, food-deprived lives. The peri laminitics and IR/EMS horses, previously condemned to tiny solitary paddocks of mud, or long lonely hours in a stable with a tiny soaked haynet, have thrived and blossomed when they have come to us. 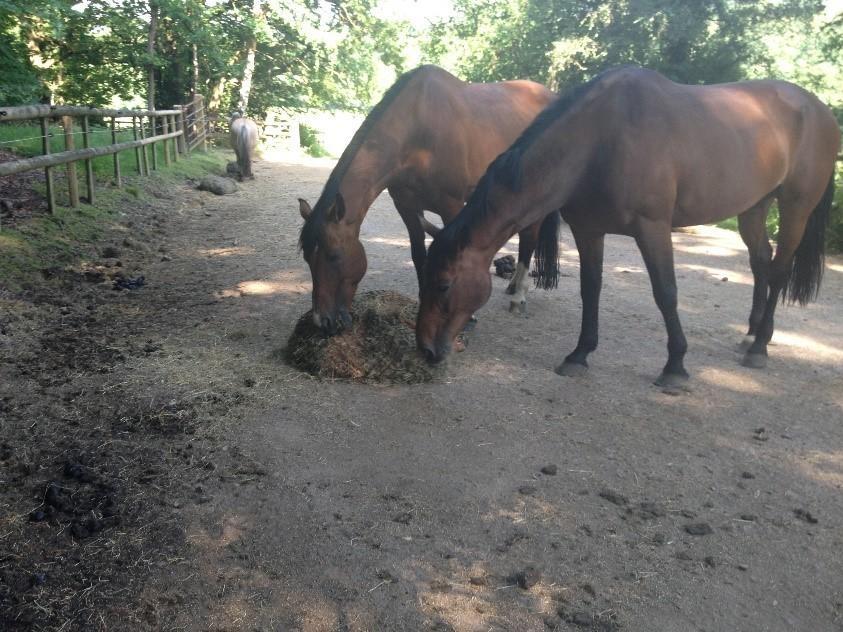 The Equicentral System works with the horse, body and mind, and our thriving business with a year-round waiting list is a testament to its performance.

I will leave you with a testimonial from a client (still with us) who came to our door because she was so devastated at how her horse was being forced to live in order to survive in his environment.

Max has been mine since he was rising four and today he turns 14. Our time together has been punctuated with one outbreak of stealth laminitis (2011), serial acute hoof abscesses (2011/12) and a constant battle with regional obesity.

In 2012, blood tests confirmed insulin resistance and borderline ACTH (aka Cushing’s/PPID). Management on previous yards was mainly limited to the sorry options of solitary confinement in bare paddocks, confined to a box with soaked hay pillows, or strip grazing.

Not ideal and I knew it. Stress has also always been a trigger for Max, so while trying to manage his intake and movement for his physical well-being in difficult circumstances, I was also struggling to keep his mental well-being sound.

Last year, we found Puckshott Farm. We went from carefully measured feeds with supplements and intense micro management to 24/7 turn out with all-hours access to grass, roaming, hay/haylage on tap, topped up with bountiful feeds of carob, coconut and muesli with no supplements. 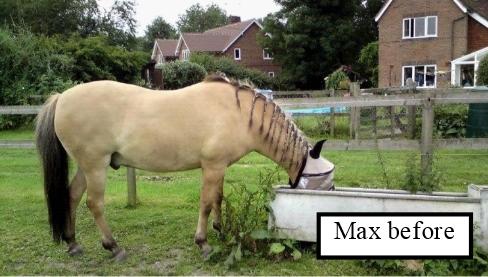 Max found his balance quite quickly. Within months, despite eating more than I would ever have dared to allow in the past, Max transformed into a fat-pad free, healthy and happy horse among other happy horses. 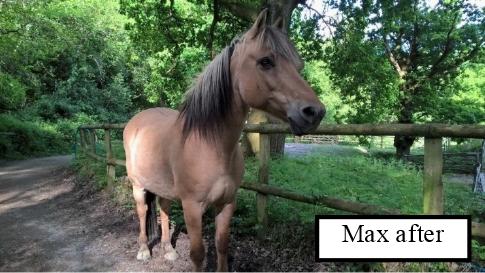 In less than a year, the weight tape indicated that he had lost circa 60kg!

Max is now sound physically and mentally, my vet is delighted (and slightly astounded) at the physical change in him, and I am beyond thrilled to finally give my best mate the life I wanted and intended for him.

All that complicated, time-consuming stuff I was doing for years that kept him stable (and stabled) resulted in heartache. What finally worked was not complicated. I let Max be a horse in the nearest thing to a natural life a domesticated horse can hope to have, Max answered with robust health. Now we’re more about the fun and less about the worry. Happy birthday, Max!

To receive our free mini-course about Horse Grazing Characteristics...

You will be kept up to date with all our new developments - make sure you don't miss out...