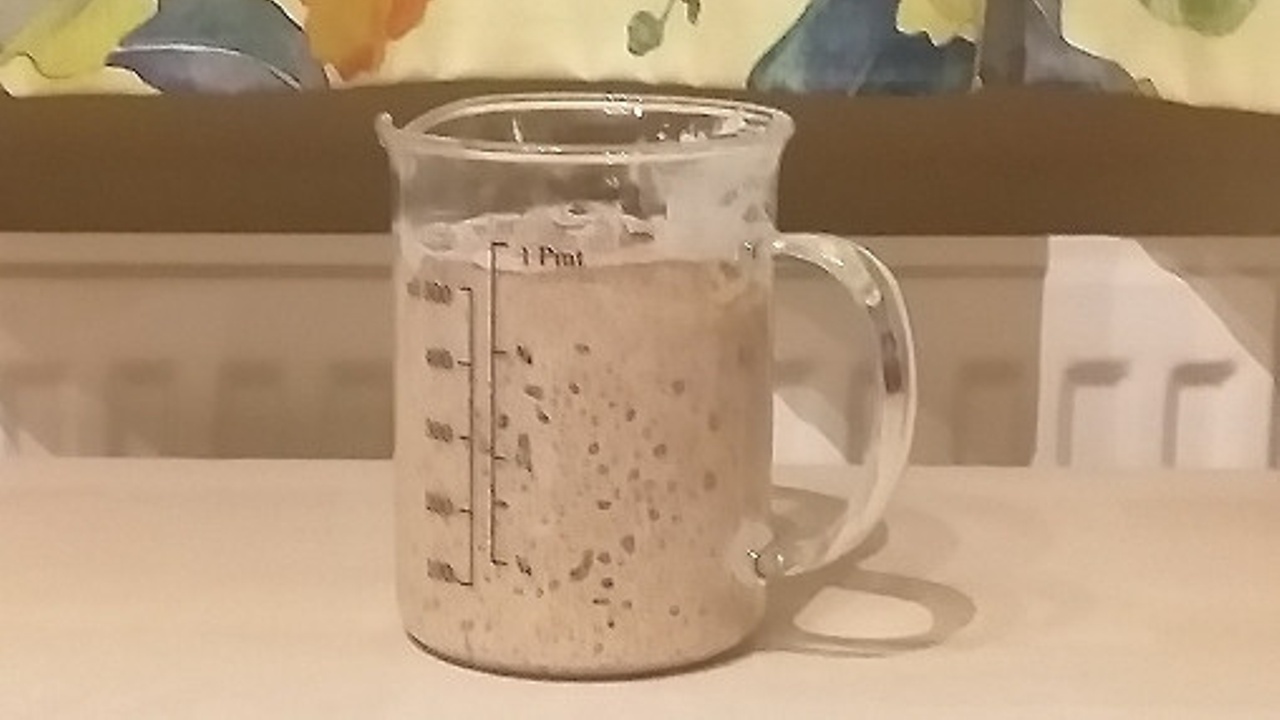 Just like many millions of other people I started to bake bread during the Covid Pandemic. I know I was not the only one because there was a serious flour shortage, especially at the beginning of the pandemic.

This sudden rise in interest in baking bread (and cakes and pies!) probably came about as a result of several factors such as people suddenly had more time, people started to think about being more self-sufficient, people wanted to reduce trips to the shops etc.

I have fancied baking sourdough bread for a few years but, like many people, have never got around to it, so when I managed to eventually get hold of some flour online (from an organic flour mill in the UK that specialises in ancient grains), along with the help of a brilliant small book that I bought off the internet for a few pounds, Do Sourdough - Slow bread for busy lives by Andrew Whitley, I was able to get started and it has turned into a brilliantly rewarding pastime (most of the time).

If you do not know, sourdough is bread that is made using a fermented 'starter' (in the same way that you use a starter when making yogurt and you keep some back each time for the next batch), rather than using commercial, usually dried, yeast. It is thought to be much better for your gut bacteria, easier to digest than bread that is not sourdough.

Here is a good article about the health benefits of Sourdough that I found on the internet - www.healthline.com/nutrition/sourdough-bread

The starter is simply a combination of flour and water that keeps indefinitely as long as you take care of it. You can make your own (which I initially did) or buy some, which is what I eventually did, buying a 40-year-old starter from a supplier in the Lake District (Cumbria - UK).

I had a few successes with my initial homemade starter, the book I bought covers how to make it in detail. Then I thought I would buy a 40-year-old starter from the Lake District (because it sounds nice, if it had been from say Grimsby I probably would not have bothered).

This worked well for a while but somehow I managed to kill it over time so I recently bought another batch (it only costs a few pounds) which seems to be livelier than the first lot and is working brilliantly, so well in fact that it is practically climbing out of the jar every time I 'feed' it. 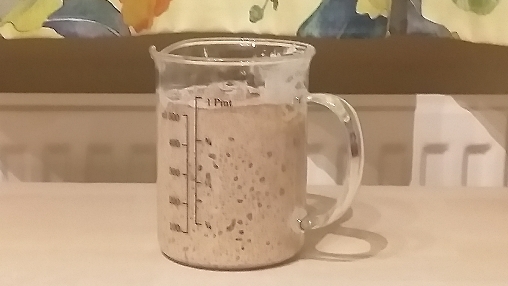 Just like many people, I had reservations about baking my own bread. Firstly, just like many others, we used to own a breadmaking machine but we found that we ate too much bread. It was too easy to throw all the ingredients in the machine at night and wake up to fresh bread in the morning, and then scoff the lot. Secondly, I did not want to go down the bread machine wormhole again but I also did not want to spend ages kneading dough.

So I looked for recipes that needed no kneading - which got me started on Rye Sourdough. Rye bread is easier to make than say a white sandwich loaf, you practically pour it into the bread tin, so definitely no kneading required. I have since moved on to baking non-rye bread as well, but versions that require very little kneading, and I am loving it. I have added another inexpensive and brilliant book to my library - Artisan Sourdough Made Simple: A Beginner's Guide to Delicious Handcrafted Bread with Minimal Kneading by Emilie Raffa.

We slice and freeze the bread (after eating the crusts on each end that we both love), so that we moderate our consumption.

So if you fancy baking your own bread and you need a push to get started I can certainly recommend it. You get to enjoy eating healthier bread and you can feel all smug that you made it yourself!