Byron the Brave - coping with confinement... 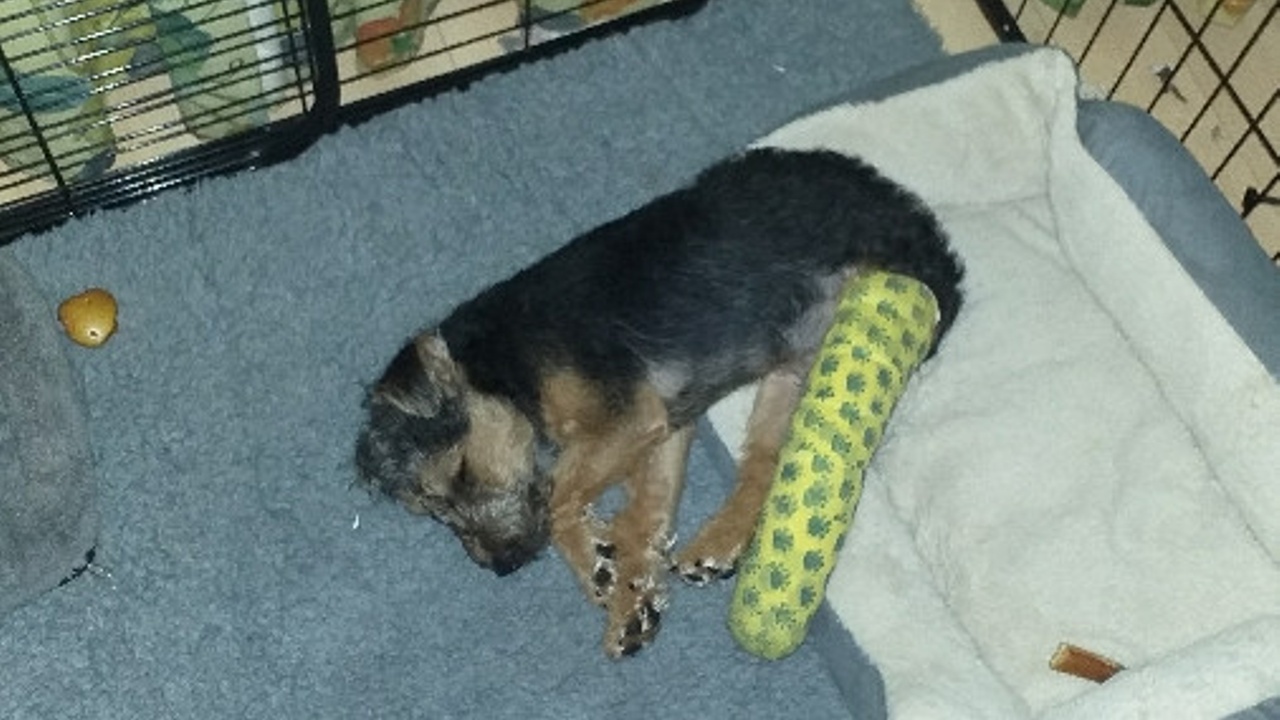 Well, up until a couple of weeks ago when Byron broke his leg, things were going really well training-wise. And everything we have done so far is certainly helping him and will continue to do so in the weeks to come.

The biggie is that he is crate trained. This is paying off big time. I have talked about this in a previous blog post www.equiculture.net/blog/byron-the-temporarily-broken

He is doing great considering how young he is. After week one he went back to the vets to have his cast/bandage changed (from blue to yellow, still massive). The vet was amazed (as we were) that he did not chew the first one (or the second).

After a week wearing the yellow one he now has nothing on his leg but has to be on even stricter crate rest (for the next two weeks). This is hard for all of us, not least of all Byron. It is also scary that he could damage that leg without the protection of a bandage. It looks so skinny already after just two weeks of immobilization.

He is still allowed out for cuddles, scratches, etc. and we can sit on the floor with him as long as he does not get excited. But by the end of this episode in his short life he will have spent many weeks not having even a casual run, never mind the zoomies (or in scientific terms - Frenetic Random Activity Periods (FRAPs). 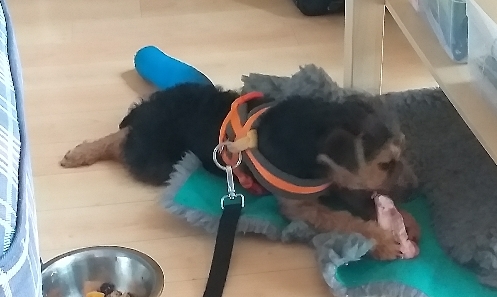 He works hard at being cute!

We try to think of ways of keeping him occupied as much as possible. His crate is positioned so he can watch people walking along the canal that runs past our house. He has a huge selection of bones, chews, and toys. We feed him small amounts regularly although he is not a greedy dog, he sometimes is not really interested in food.

We take it in turns to go out for our daily exercise so that one of us is always with him.

Something that is fun for him, and us, is 'target training'. In our case, this involves teaching him to touch a small red plastic lid, in return for a treat, on the word cue 'touch'. This will come in handy for lots of other training in the future but for now, it is just a great way of passing the time with him.

I am looking into hydrotherapy for him if the vet gives me a referral. That will be fun.

That is all for now until the next pupdate.