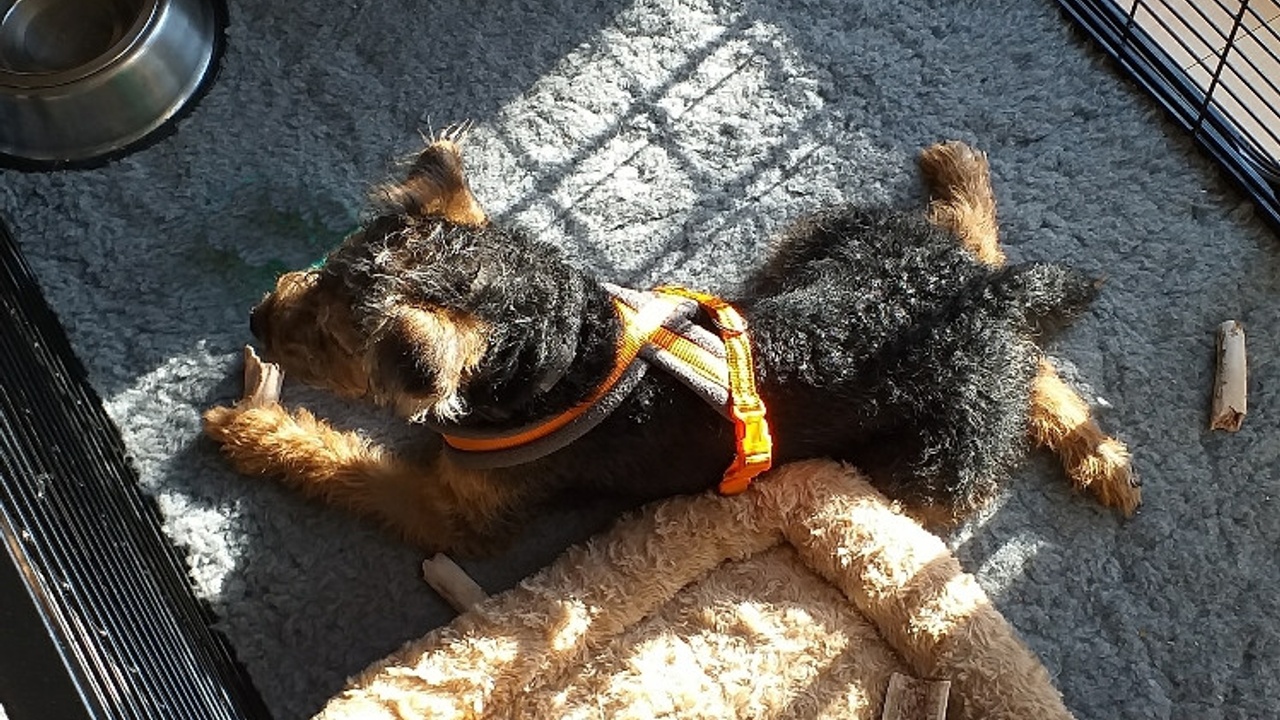 Exactly a month after breaking his leg (clean break of the left hind femur, no displacement) while playing with another (young) dog, Byron was signed off by the vet as fit to start exercising again. What a relief!

So that was two weeks wearing a cast type heavy bandage plus crate 'rest', followed by two weeks with nothing on the leg and even stricter crate rest. For a pup of his age (3 months old at the time of the accident) the recovery time is quicker than if he had been an older dog.

Initially, it was worrying to see his leg, which after just two weeks in a 'cast' looked seriously weak, but it soon began to normalize.

To say he is such a young puppy he coped brilliantly with the confinement. We got him out of the crate regularly for toilet breaks and cuddles on the sofa. I taught him to 'target' with his nose (see previous post -  www.equiculture.net/blog/byron-the-Brave-coping-with-confinement). Other than that there was not a lot we could do with him.

So over the last week, since he was signed off we have been building up his walking and have started to let him off the lead on grass. Soon, when the weather warms up, I will start taking him cycling again in his Doggy Ride basket on my bike.

Looking forward to a summer of walks, cycles, picnics, and lots of short training sessions.

Look out for the next pupdate.