Go back to homepage, menu and login page

This page is about us, Jane and Stuart Myers - Equiculture. We teach horse owners / managers how to care and manage  horses, land and the environment.

Further down this page are sections with information about our qualifications and experience - for those that enjoy reading that kind of thing - but if you don't have time, or quite frankly can't be bothered (and we don't blame you), know this:

It might sound cliché, but we mean it and here's why

We have spent our careers working with horses and learning extensively about how best to manage them and the land that they live on (pasture management). Our mentors are some of the best horsemen, horsewomen, academics and environmental experts worldwide.

It has taken a lifetime of blood, sweat and tears to learn what we know, but you can benefit from our experience. We have been through it, so you don't have to.

How can we help you and your horse/s to live 'your best life'?

People LOVE our work, so make sure you check it out, starting with some of our free advice below (scroll down the page). 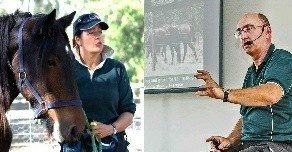 Here is some more information about us, Jane and Stuart Myers

First a magazine article written by Horses and People Magazine

Magazine article - Who are the people behind The Equicentral System?

Stuart has been a 'horse husband' for over 40 years, his background is in Social Sciences, mainly youth and community work.

Stuart has the ability to see things from a different perspective than most people.

He began to apply these insights to the way we managed our horses and our land. He challenged the traditional way of horsekeeping.

He was instrumental in developing The Equicentral System. This system encompasses equine welfare, and good (progressive) land management practices and reduces the time, money and effort that horse owners tend to spend when following a more traditional management system.

Some years ago he gave up his job to concentrate full time on our business – Equiculture - offering new insights and exploring new ideas.

In 2012, I (Jane) was seriously ill (I am now fully recovered) and Stuart took over the running of our talks from that point.

Since then he has been the main speaker at our talks in both the UK and Australia (now resumed after the Covid Pandemic).

More recently we have concentrated on delivering our talks and other courses etc. online.

Stuart is the co-author of our books.

I have been horse mad (obsessed) since very young. At age ten, I set out to wear my parents down and eventually got my first pony at age eleven. I shared this first pony with my best friend, and we paid for her upkeep by working at the stables where she was kept (we lived in the suburbs of a large industrial city in the north of England) and by doing paper rounds.

I was born with a significant hearing loss and went through school without hearing aids. Consequently, I didn't do very well at school; I only learned to read correctly at the age of eight. Throughout school, I sat at the back of the class and daydreamed about horses pretty much all of the time. I was classed as a 'slow learner' and was placed in remedial classes for most subjects.

By secondary school, I had perfected the art of being invisible, which was pretty good for a very tall uncoordinated adolescent. So I was able to carry on with my daydreams about horses uninterrupted. My (poorly rated) school did not mind if you did not apply yourself, as long as you did not cause trouble, so I managed to attend the final three years without putting pen to paper - literally. Every minute that I was not at school, I was with my horse or working to pay for the upkeep of my horse.

I left school at sixteen without a single exam pass result and started my first job with horses. After several years of backbreaking labour for very little pay, I needed some qualifications.

I met Stuart when I was sixteen while doing that first job with horses. Having had a far better education than myself, he encouraged me to go to college to obtain a degree and eventually university, where I received a Master's Degree (in Equine Science). Those two years of studying for my Master's Degree were incredible, and I will always be immensely grateful for being given that opportunity for further education.

Stuart also needed a degree as we wanted to emigrate from England, where we were both born. Stuart completed a Youth and Community Studies degree and eventually worked in Youth Services both in England and later in Australia after emigrating.

We lived in Australia for about 25 years, but we no live back in the UK, speaking, travelling, writing and researching.

Finally, getting a good education was one of the best things I have ever done, and I firmly believe that education is the key to almost everything necessary in life (along with health). Anyone can learn more at any stage in life if they desire to learn.

My teaching system has developed over many years. I have taught riders of all levels throughout my career and I have always been interested in how to improve the rider so that they can help their horse. I particularly enjoy teaching people that have lost their confidence and/or that have position/balance/asymmetry issues.

I have had many, many influences over the years and have competed in most areas of equestrianism, from show jumping when I was younger, to endurance, dressage, carriage driving and competitive trail riding.

We (Stuart and ) have owned our own riding centre (twice) where I trained horses as well as riders. We had school horses but I also taught people on their own horse. I ran Horse Rider’s Mechanic (HRM) clinics for many years as well.

I wrote the HRM books a few years ago (and these have been further developed into an online course) and these have helped thousands of people to ride to the best of their ability.

As one of my clients once said ‘HRM – Brilliantly Simple – Simply Brilliant’.

Some more information about us:

Conferences and Expos we have presented at:

I was a recipient of a Winston Churchill Fellowship (2011) from The Winston Churchill Memorial Trust and Stuart (best friend and husband) and I travelled to the USA and Canada in April 2012 to study sustainable horsekeeping management systems in those countries. 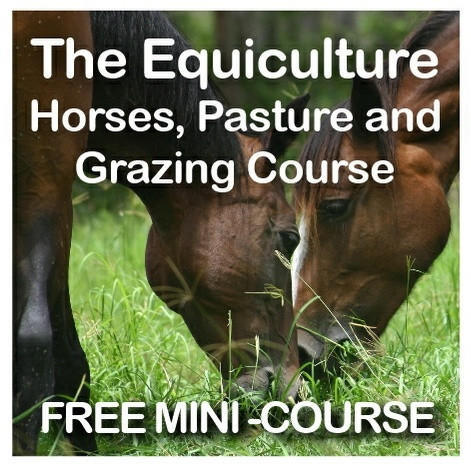 Sign up for our FREE mini-course (seven short videos - total time of about one hour).

By the end of this course, you will know a lot more about horses and pasture and how to manage them sustainably.

This checklist and articles/videos that will be sent out to you will help you to check for any problems you might be having with your position and balance when riding. 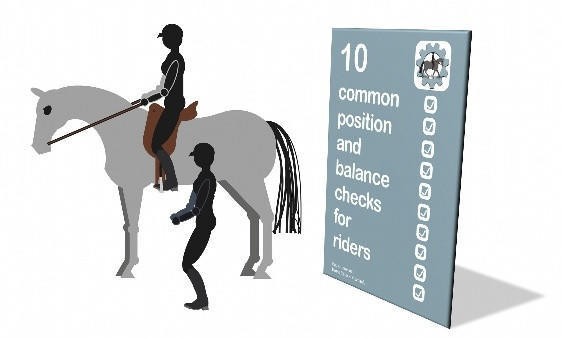 Read even more of what people have to say about us and our work:

''Jane and Stuart are just the best teachers. They have a VAST amount of knowledge (and they love to share it), coupled with down-to-earth attitudes, I have learned so much since meeting them...''

''I am the proud owners of horses and land kept in the 'Equicentral' way. What Jane and Stuart have done for humble me and my horses is way beyond what you would ever expect from people who are so well qualified.''

''Jane and Stuart have shown me a better way to keep my horses, to manage my land and to ride! I am so happy I came across their website a couple of years ago, I constantly tell all my friends about them...''

Read more of what people have to say about us and our work
Go back to homepage, menu and login page